As the pandemic wears on, apartment renters are still showing signs of financial stress when it comes to paying their rent on time, with fewer making those payments this month than even a year ago before the roll out of vaccines.

The latest apartment rent payment data from the leading multifamily research and public policy group shows a U.S. housing market in the midst of a shaky economy as the latest federal employment data indicates weaker-than-expected jobs growth. Hurricane Ida on the Gulf and East coasts and wildfires in California also curbed some rent payments in affected areas, the National Multifamily Housing Council said.

In the first six days of October, roughly 78.4% of apartment dwellers in the United States made full or partial payments toward their monthly rent, according to data from Washington, D.C.-based NMHC. That represents a 1% decrease in the number of renters who paid rent through Oct. 6 both last year and in 2019, before the pandemic.

Apartment payment data has been a closely watched economic indicator since the pandemic struck the United States and led quickly to job losses, store closings and struggles for entire industries from airlines to movie theaters. While the economy has improved this year with the rollout of vaccines, the effect on those who rent show that timely payments are trailing.

NMHC said the slight decrease in October’s payments can be attributed to several factors, including the national economy’s struggle to bounce back from the pandemic as well as renters’ lives getting disrupted by recent natural disasters.

“The uneven economic recovery and recent natural disasters are likely playing a role in the decrease of rent payments over the last month,” Doug Bibby, president of NMHC, said in a statement.

While it’s an improvement over September’s timely rent payments, when 72% of renters made full or partial payments within the first six days of the month, that doesn’t give much solace because last month’s start included the Labor Day holiday, which can disrupt payments.

The latest numbers show in September the U.S. added just 194,000 jobs and the unemployment rate fell slightly to 4.8%, according to the Bureau of Labor Statistics. In the two months prior to the pandemic’s outbreak in the United States, the rate stood at 3.5%.

While the timely payment figure is trailing October 2020, the vast majority of renters in apartments tracked by NMHC, which tend to be more expensive, professionally managed buildings, are making their rent payments by the end of the month. In September, the full-month payment was about 92 percent.

As CoStar’s Jay Lybik, director of market analytics, pointed out, the “most recent NMHC rent tracker number for Oct 6 of 78.4% sits slightly about the six month average of 77.6%. Therefore, it appears that the vast majority of renter households in professionally managed apartment properties continue to be in a position to make their monthly rent payments.”

The difference between on-time payments and full-month payments comes as an unexpected surge in COVID cases in the third quarter because of the spread of the delta variant restrained activity and delayed reopening plans for many businesses.

The global forecasting firm Oxford Economics recently released projections that employment is on a slower path to full recovery than was expected earlier in the year. Oxford moved back the date by which 2020 job losses will be fully returned to pre-pandemic levels from the second quarter next year to the third quarter.

One such fire is the KNP Complex, which erupted in early September and is still burning near the Sierra Nevada mountain range in northern California.

NMHC represents 11.3 million professionally managed multifamily units in the United States. Throughout much of the pandemic, the organization has advocated for additional government support and stimulus payments that could help more residents pay their rent.

Apartment rent payments have mostly hovered around 75% since March 2020, when the pandemic began, according to previously released NMHC data. So far, the worst month for payments was December, when about 75.4% of renters made payments toward their rent by the sixth of the month.

That compares to the best month for rent payments, August, when roughly 80.2% of apartment dwellers made full or partial payments, according to the data. 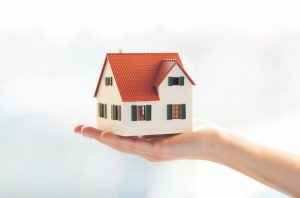 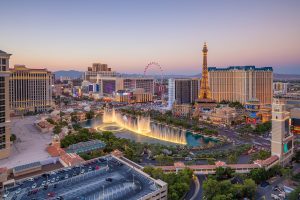 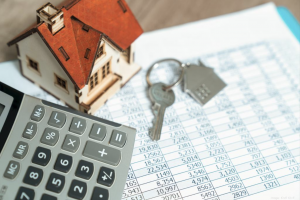