The apartment industry appears divided right now between predictions of calamity caused by the coronavirus pandemic because of renters unable to pay and the relatively rosy rent collection numbers by top U.S. building owners.

With eviction bans expiring and federal unemployment bonuses burning off, renters are still holding up their end of the bargain, at least at the higher-end buildings tracked by the National Multifamily Housing Council, an industry advocacy group.

Tenants at 79.3% of the 11.4 million apartments NMHC surveys made a full or partial payment for August through the Aug. 6. That’s just 1.9% less than the first week of August last year, but even a little better than the start of July, when 77.4% paid rent, according to NMHC.

The group’s findings are collected from five apartment management software companies: Entrata, MRI Software, RealPage, ResMan and Yardi. Naturally, only large owners in the country take advantage of those firms, so NMHC concedes its numbers reflect that part of the apartment sector. That segment could hold higher-priced apartments with renters who have jobs that allow them to work at home during the pandemic.

Properties owned by independent landlords, which can include fewer and smaller units that command less rent and have tenants who could be more likely to be out of work, aren’t in that category.

NMHC has said that it’s the smaller owners who’ll be hurt first.

“But — short of action by Congress and the administration — the distress households are facing is going to increase,” said Colin Dunn, a spokesman for NMHC. “We should also keep in mind who the tracker covers — professionally managed units. So there likely are a lot of smaller owners and operators and their residents who are in a different place.”

The number of renters at those managed units looking to make partial rent and go on a payment plan increased only 2% year over year, according to the survey.

“Payment plans have diminished month over month since April,” said Brian Zrimsek, a principal at MRI Software, during a webinar Monday hosted by NMHC. He said the enhanced $600-a-week unemployment benefit has kept the sector alive and added he was worried about what will happen as they are now in limbo.

“What was being done was working,” he said.

President Trump over the weekend signed an executive order to extend the unemployment benefit as $400-a-week payments. But it’s unclear whether he can do that and whether states will pick up part of the tab as he has proposed.

NMHC’s latest data comes after months of warnings that the millions of Americans who have lost their jobs during the COVID-19 pandemic are mostly renters. And that the high-flying commercial real estate sector was in definite trouble as the crisis slogged on.

Instead, NMHC has recorded generally strong rent collection rates since the outbreak was declared a global pandemic in March. The group maintains that the fundamental demand for apartments, given high housing prices, is a saving grace for the sector. 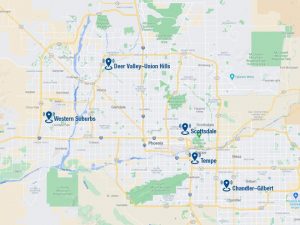 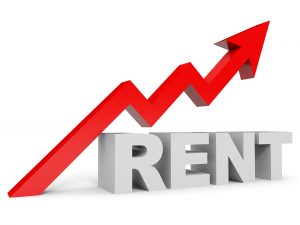 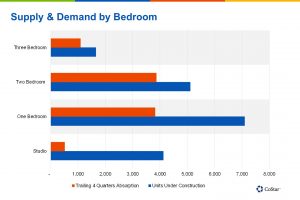 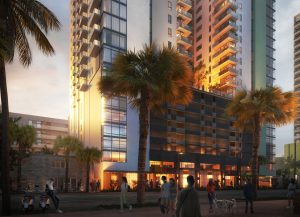