Executives at some of the nation’s largest apartment investment firms all seem to agree on one thing: The recovery from the pandemic is underway.

Multifamily landlords Equity Residential, UDR, Essex Property Trust and AvalonBay are spread across the nation, with some focused on major cities like San Francisco and New York City and others concentrated in the suburbs or Sun Belt regions that thrived last year. Nonetheless, the headwinds from 2020 are reflected in all the first quarter performances for these companies this year, but they all said they’re finally seeing signs of improvement in demand.

“2021 will be a year of recovery from the pandemic,” said Michael Schall, president and CEO of Essex, in an earnings call with analysts this week.

Across almost all major U.S. markets, the multifamily market has suffered since the onset of the pandemic early last year. Landlords in major downtown hubs nationwide lost renters who sought more spacious and affordable digs in the suburbs or more affordable cities, and landlords in more desirable markets still struggled with maintaining their rents and occupancy rates as renters faced job loss or uncertainty.

Now executives at the major apartment real estate investment trusts largely say this year the increasing vaccination rate of Americans and accelerating plans for workers to return to offices are beginning to translate into improving multifamily fundamentals such as increasing occupancy rates and declining levels of concessions. That’s beginning to bare out in more than just anecdotes. In March, for example, national multifamily rents accelerated their recovery by rising one full percentage point, CoStar research shows.

UDR Inc., which owns and develops apartments in gateway cities such as New York City and Boston as well as growing cities like Nashville and Tampa, cited an increase in demand, as traffic, or leasing leads, was 35% higher year-over-year during the first quarter.

Michael Lacy, senior vice president of property operations at UDR, said on the company’s earnings call that the company was giving an average of 3.5 to 4 weeks of concessions in November, and today that figure stands at just 2.7 weeks. UDR’s portfolio is now 96.8% occupied, the highest since April 2020.

UDR reported a year-over-year revenue decline of 6.2%, or $20 million, to $301.4 million in the first quarter, according to its earnings report. The company attributed the loss in income to the higher costs of eliminating debt and an overall decline in operating income.

For San Mateo, California-based Essex Property Trust, an apartment REIT that focuses on the West Coast, the plans of tech giants to return to the office is a good sign.

Such developments could could be important for Essex’s recovery, which has been a bit tougher than its peers as the company is more heavily exposed to pricier regions such as Los Angeles and Silicon Valley that are more dependent on their residents having access to high-paying jobs. In the first quarter of 2020, the company reported declines in same-property gross revenues and net operating income of 8.1% and 12.3%, respectively, compared to the first quarter of 2020.

“Apartment demand continues to be strongest in properties farthest from the urban centers and weakest in the cities, both being a function of new apartment supply and pandemic-related job losses,” Schall said on the earnings call.

The company’s portfolio is currently 96.7% occupied, executives said on the call.

Equity Residential, which focuses on the large, dense, gateway cities that were acutely affected by the pandemic, said it is broadening its portfolio and expanding into suburban areas have resident bases similar to that of a downtown area.

Equity is specifically working to expand in Denver and plans to do so by selling some properties in California and other states, according to Mark Parrell, president, CEO and trustee at Equity Residential .

“We have been active in the transaction market, and we expect to have a considerable amount of activity to report on next quarter,” Parrell said on the company’s earnings call.

In the first quarter, Equity’s same-store revenues declined by 10.5%, which is among the worst revenue numbers in the company’s history, Mark Parrell, president, CEO and trustee at Equity Residential, said on the company’s earnings call.

Equity’s portfolio is currently 96% occupied, executives said on the call. And pricing trends, which includes the impact of concessions on rent, have improved across all markets during the first quarter and throughout April, Michael Manelis, executive vice president and chief operating officer at Equity Residential, said on the call.

“We’ve still got this near-term stuff,” Manelis said. “We’ve got to work our way through, but the momentum is on our side right now.” 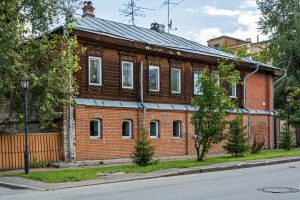 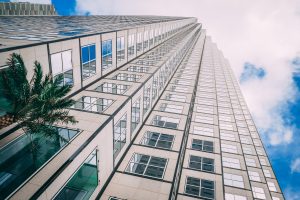 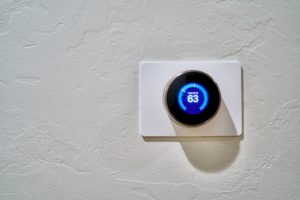 Apartment Rents Are Near Pre-Pandemic Highs