Multifamily lending alone is predicted to increase to $493 billion in 2022, also a new record and a 5% increase surpassing 2021’s record of $470 billion. Looking further out, MBA forecasts borrowing and lending to remain high in 2023, with slightly more than $1 trillion in total commercial real estate lending and $474 billion in multifamily lending.

“2021 was a remarkable year for commercial real estate markets, and we expect 2022 to continue that momentum,” said Jamie Woodwell, MBA’s vice president of commercial real estate. “Commercial real estate lending volumes are closely tied to the values of the underlying properties. In 2021, those values rose by more than 20%, and those increases will fuel further demand for mortgage debt in the coming years. Continued increases in property incomes, and stability in the ways investors value those incomes, should also support solid demand for mortgage capital, even in the face of modest increases in interest rates.”

“The fourth quarter of 2021 was a record end to a record year of borrowing and lending backed by commercial and multifamily properties,” added Woodwell. “Part of the growth from 2020 was a bounce-back from the worst of the recession. However, rebounding property fundamentals and strong valuations, record sales transaction volumes, and low interest rates all fueled commercial and multifamily borrowing and lending activity that easily outpaced previous periods.”

According to MBA’s Quarterly Survey of Commercial/Multifamily Bankers Originations survey, increases in originations for hotel, office, industrial, and retail led the fourth quarter increase over 2020. Hotel properties saw a 167% year-over-year increase in the dollar volume of loans, followed by a 122% increase for office, 113% for industrial, 109% for retail; multifamily properties saw a 57% year-over-year increase.

Among the investor types, according to the MBA, commercial mortgage-backed securities (CMBS) had the highest year-over-year jump, increasing by 305%, followed by a 211% increase for originations by investor-driven lenders, 147% in commercial bank portfolio loans, and 63% for life insurance company loans. The dollar volume of loans from government-sponsored enterprises Fannie Mae and Freddie Mac decreased 30% year over year.

On a quarterly basis, the MBA reported that industrial properties experienced the biggest increase, 96%, and multifamily properties increased 35% compared with the third quarter of 2021. Between the third and fourth quarters of 2021, the dollar volume of loans for CMBS increased 144%, 59% for commercial bank portfolio loans, 42% for originations by investor-driven lenders, 18% for life insurance company loans, and 2% for GSE loans.

According to the MBA, the preliminary 2021 originations volumes for commercial and multifamily mortgage bankers was 67% higher compared with 2020, with multifamily property originations increasing 54%. Final origination figures for the year will be released in March. 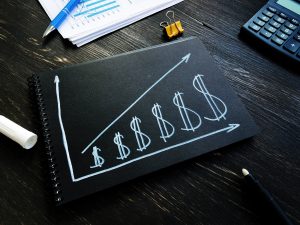 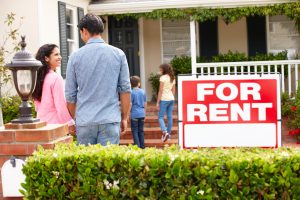