On Tuesday, news emerged that private equity giant the Blackstone Group has struck a $6 billion deal to buy Home Partners of America Inc., which owns 17,000 single-family rental homes (SFRs) throughout the United States. The deal is just the latest indication that commercial real estate players believe the SFR sector will continue to be a solid investment for the foreseeable future.

The SFR market is blistering hot right now as investors, both private and institutional, gobble up existing home stock and announce purpose-build single-family rental communities. Homebuilders and multifamily owners are expanding their business models to include SFRs, hoping to capture more yield than they would achieve with the core property types.

Related: Why One Investor is Betting Billions on SFRs

Advocates contend that this property sector is crucial to meeting demand for new housing, while there are also those who are blasting SFR investors, accusing them of forcing homeowners out of the market.

At the same time, across the U.S., multifamily owners and investors are wondering if they should be worried about the booming SFR sector. Will more SFRs hurt multifamily properties by stealing current and potential renters? Will occupancy and rental rates drop if more residents move to SFRs?

Despite data that indicates roughly one-third of SFR residents come from multifamily properties, experts from both sectors agree that there’s no reason for apartment owners and investors to feel threatened. They say the renter pie is large enough for everyone to partake.

“We view multifamily and SFR as complementary asset classes rather than in direct competition with each other,” says Robert Sun, investment product strategist with GTIS Partners, an acknowledged pioneer in the SFR space in the wake of the 2008 housing crisis. “The drivers benefitting each of the two asset classes are similar: the massive shortage of single-family for-sale homes has driven many would-be buyers to become renters, benefitting both SFR and multifamily rental demand alike.”

Single-family rental units are the fastest-growing segment of the U.S. housing market. Over the past three years, demand has grown by 30 percent, according to John Burns Real Estate Consulting (JBREC), which provides research and consulting services to the U.S. housing industry.

In fact, for the first time in the U.S., renter household growth outpaced U.S. homeownership. To that end, SFR rent growth was up 5.8 percent year-over-year.

Work-from-home and learn-from-home compelled many Americans to reevaluate their living conditions. As people sought more space, both indoor and outdoor, they migrated to suburban areas where garden-style apartments and SFRs are more widely available.

“Home prices keep shooting up, with no immediate end in sight,” says Todd Teta, chief product officer with ATTOM Data Solutions. “As long as that continues, there will likely be more households who want to rent because they are priced out of the market or because they don’t want to buy at the top of the boom and risk a downturn.”

Experts are predicting a steady increase in demand for SFRs over the next few years, driven primarily by millennials seeking more space as they marry and have children. In fact, the percentage of millennials that expect to “always rent” continues to increase. A recent JBREC survey found that 74 percent of millennials cite affordability as the primary reason to rent. Moreover, 63 percent of millennial renters have saved $0 toward a down payment.

“The leading edge of millennials is now 40 years old,” points out Kory Geans, chief investment officer at Middleburg Communities, a homebuilder focused on the mid-Atlantic and Southeast regions. “The population of middle-aged people will grow significantly in the next five to 10 years. For many of them, a house in the suburbs with a bit more space starts to become more attractive (especially in a pandemic).”

Geans also notes that SFRs appeal to aging baby boomers who want to keep some space and privacy, but don’t want to pay for maintenance. Like millennials, this population of SFR renters is also expected to grow significantly in the next 10 years.

Over the past 18 months, billions of dollars of institutional capital have flooded into the SFR space, pushing prices up and returns down. ATTOM data indicates that SFR returns continued to drop in 2020 for the fifth straight year, ranging from six percent to 10 percent. That represents a decrease of two to three points from 2015. “That still marked a pretty healthy return, with a deep supply of customers, helping to keep the SFR market hot,” Teta notes, adding that he doesn’t expect investor interest to slow down anytime soon.

“Everyone is trying to get in the space,” says Vincent Deorio, vice president of corporate development for Atlas Real Estate.

Deorio speaks from experience: Denver-based Atlas recently signed a joint venture deal with DivcoWest to invest $250 million of equity in single-family homes as rentals throughout the Western United States. The JV expects to deploy $1 billion acquiring and renovating homes in high-growth states.

In addition to its SFR initiatives, Atlas manages roughly 5,000 apartment units, focusing primarily on complexes with fewer than 100 units. “I don’t think apartment owners feel threatened by SFR,” Deorio says. “SFR and multifamily are providing much needed housing solutions, and at the end of the day, we’re both providing residential housing. We’re swimming in same ecosystem.”

The capital entering the SFR market is coming from a combination of new sources, as well as existing capital rotating out of different asset classes. A portion of this rotation has come from retail real estate, which according to INREV declined from 21 percent of the average institutional portfolio in 2019 to 15 percent by the first quarter of 2021. Over that same period, industrial and residential allocations grew by seven percent and two percent, respectively.

Since 2008, institutional investors (those with 100+ homes in their portfolio) have purchased over 300,000 homes. Though that may sound like a lot, in reality, it isn’t. It represents only two percent of the total U.S. SFR market. In contrast, 55 percent of the U.S. multifamily sector is owned by intuitional investors.

With mom-and-pop investors representing almost 80 percent of the SFR market, experts say there’s plenty of room for institutional platforms to grow. Invesco Real Estate, for example, was the lead investor in a $40-million financing round for Mynd earlier this year. The SFR-focused firm plans to deploy up to $5 billion across multiple strategies to acquire 20,000 homes.

Institutions investing in SFRs tend to look for markets where they can gain scale and implement a “cluster strategy,” according to Anish Malhotra, founder of Plotify, a technology platform that allows investors and family offices to build and optimize customized real estate investment portfolios globally. “Institutions want to buy a large number of homes in a specific MSA and, in many cases, in nearby regions and neighborhoods because they want to make it as efficient as possible for their maintenance and management professionals.”

It’s unlikely that institutional investors will start to target smaller MSAs in the near term because of the difficulty they will have in gaining scale, Malhotra notes. That means multifamily owners and investors in secondary and tertiary markets are less vulnerable to competition from institutionally-owned SFRs.

Meanwhile, if SFR rents continue going up as they have, they will likely increase both demand for multifamily units as an alternative and multifamily rents, according to Christopher Gorman, partner in the real estate group at real estate law firm Duval & Stachenfeld. “With the increase in rents for SFRs, multifamily is really the next viable housing option,” Gorman says. “We have seen demand and pricing increase dramatically for this asset class both in terms of pricing for acquisitions by owners and rent charged to end-users.” 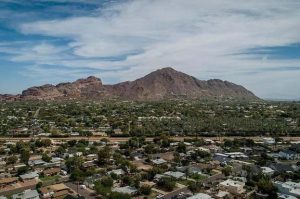 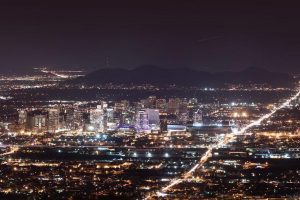 Arizona economic recovery proceeds, but with choppy waters. Here’s why 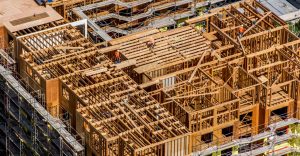 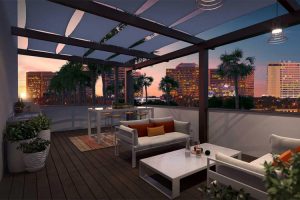 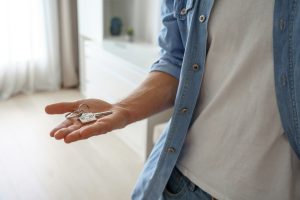 Half of Renters Say They Are Moving This Year