The $1.2 trillion Infrastructure Investment and Jobs Act signed into law last month by President Biden was the culmination of a months-long negotiation process resulting in rare bipartisan legislation. The new legislation delivers a significant investment in vital infrastructure upgrades that are primed to benefit commercial real estate for years to come.

For the first time in decades, billions of dollars will flow to improve the physical environment underpinning U.S. economic activity, a necessity made starker today by the supply chain struggles of the past 12 months, the multiple failings of the power grid in various states over the past decade and the inexorable degradation of roads, bridges and more over a much longer stretch of time.

The sheer scale of the new law is vast, but the following synopsis of where and how the money will be spent focuses on the most impactful segments for real estate investors.

Over the next five years, $550 billion will flow into a wide variety of infrastructure projects. Close to $110 billion is earmarked for roads, bridges and other major infrastructure projects, of which $40 billion will go toward repairing the roughly 45,000 bridges rated as being in “poor” condition, according to the White House. With nearly 20% of U.S. highways and major roads also categorized below optimal standards, the funds will help to remedy some issues, though likely will fall short of fully fixing the nation’s roadways. It’s notable that the original request from the Biden administration amounted to $159 billion, nearly $50 billion more than the final iteration.

An additional $39 billion is provided to modernize public transit, a far cry from the $85 billion requested but a key component for a wide swath of cities. The funds are intended not only to repair and upgrade infrastructure already in place, but also to expand transit service to new communities.

Another $66 billion will be invested in both passenger and freight rail, improving service in the Northeast corridor and bringing rail service to areas outside the Northeast and Mid-Atlantic, while placing an increased focus on intercity rail service and high-speed rail. The funds equate to the largest federal investment in both public transit and passenger rail to date.

A total of $42 billion is intended to make long-overdue improvements to airports, waterways and ports, and also to alleviate repair and maintenance backlogs while investing in greener technologies. Perhaps the most pressing component is the emphasis on reducing congestion and streamlining important links in the supply chain, especially as unprecedented delays slow the movement of goods throughout the nation.

To-do items such as expanding locks on the Mississippi River to allow bigger barges and move goods more swiftly or reconfiguring roadways leading away from major cargo ports to make badly needed improvements to traffic flow are among many of the targeted projects the bill will help fund. And with the number of ships anchored outside the ports of Los Angeles and Long Beach exceeding 120 as of Dec. 12, the investment in updating all facets of the supply chain cannot come soon enough.

Port terminals for both Los Angeles and Long Beach in California remain flooded with empty shipping containers despite emergency 24/7 operations and shippers threatened with steep fines for leaving empty containers idle for days and weeks at a time, although these “Container Dwell Fees” have yet to be enforced.

Both West Coast and East/Gulf Coast ports have been facing congestion for months placing increasing pressure on cargo airports nationwide. The situation has only worsened, and though these planned improvements may be too late to resolve the current crisis, they will be crucial in helping avoid or ease equally disastrous slowdowns in the future.

Though the pandemic turned attention away from urban core development, the introduction of vaccines for COVID-19 has driven renter interest increasingly back to city centers. Over the past five years, more than 321,000 market-rate multifamily units have been built within a half-mile of transit stops, or 20% of all units built in major U.S. markets, a byproduct of an increasingly urban-focused renter pool nationally. A serious interruption of that trend followed the lockdowns and uncertainty of the pandemic in the past 20 months, with demand growth for prime urban multifamily dropping precipitously in the first half of 2020 before rebounding spectacularly in the following months.

With a strong focus on increased transit expansion in the new legislation, whether light rail and subway or Amtrak passenger rail service outside of the Northeast/Mid-Atlantic corridor, an increase in transit-oriented development projects could follow the path of growth for transit systems. Over the past decade, a number of major markets such as Los Angeles, Washington D.C., Boston and Charlotte, North Carolina, have all announced or broken ground on transit expansion programs. The inevitable result has been a gold rush of sorts for land and properties lying in the immediate vicinity of planned lines and stops. A similarly eager reception from multifamily developers is likely to ensue around future transit lines.

While a sizable number of future transit projects have been floated for cities across the U.S., it should be noted that the nature of the funding requires leadership at the state level. Car-friendly markets in the Sunbelt or the Southwest are among those that may benefit most from starting or expanding transit to reduce congestion. However, without firm direction from the state level, it’s doubtful that subway, commuter rail or light rail projects will sprout from the infrastructure bill and may well fund roadway widening or expansions instead. Though these types of projects tend to create less-focused clusters of multifamily investment and development, they should still impact growth within these markets.

One state that may benefit strongly from increased transit funding is California. In four of the five major markets in the state, transit expansion has either been in the proposal and planning stages or actively underway during the past few years. Though California markets have struggled recently, investment opportunity remains strong in the state given the economic strength of the individual markets and the often-difficult hurdles to multifamily development.

For the industrial property sector, the dire situation supply chains face has proved a boon to industrial investors, particularly for those with portfolios targeting warehouse and distribution assets in port cities. Driven by the extraordinary circumstances at ports throughout the nation, industrial outperformance has strengthened throughout the pandemic. Rents and vacancies for warehouses in close proximity to overloaded ports are easily outstripping similar figures for industrial more broadly. This is especially astonishing given how hot the sector has been as a whole.

While the new infrastructure funds target improvements for ports and waterways as well as airports, truthfully there is little the bill will do to solve the current crisis. That’s good in the short term for investors already holding assets near ports that are outperforming due to the supply chain crunch, but there are other tangible benefits the projected improvements will present to the industrial sector.

As the e-commerce boom picked up steam during the past decade or so, a wide array of infrastructure improvement projects, heralded or not, helped spearhead better movement of goods. This in turn helped fuel industrial performance in markets that were previously of lesser importance to the national supply chain.

The Panama Canal expansion that finished in 2016 was an example of opening new opportunities for industrial development and investment as Gulf and East coast markets were suddenly accessible to the largest container ships traversing the Pacific from Asian ports of call. Yet projects like Norfolk Southern Railway’s Heartland Corridor, a rail line allowing freight trains to carry double-stack containers from the Port of Norfolk and Chicago, was highly impactful to intermodal supply chains in its own right, and much less visible to the general public. Equally, the dredging projects underway in a number of East Coast ports such as Norfolk, Virginia, Jacksonville, Florida, and Charleston, South Carolina, will allow massive Neo Panamax container ships to berth and are potentially transformative for regional industrial investment.

As individual infrastructure projects begin to come to fruition thanks to the funds provided by the new legislation, distinct regional tailwinds are likely to emerge in similar ways to previous infrastructure improvements. For a sector of commercial real estate so highly dependent on the vast network of roads, rail, waterways, airports and ports, the new law could prove vital in extending the prospects of industrial investors through much of the next five or 10 years. 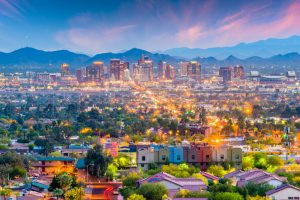 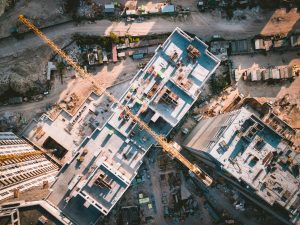