In April, economists at CoStar, publisher of LoopNet, began to hypothesize about how each commercial real estate sector may change as a result of coronavirus-related closures. Demand, leasing, vacancies and transaction volume have all been affected, albeit in different ways. With a full quarter in the books since the nation’s initial shutdown in mid-March left tenants and landlords to navigate today’s real estate landscape, a clearer picture has emerged.

While it’s still uncertain whether the market will begin rebounding as cases surge in pockets across the country, experts are saying that the pandemic has impacted industrial, retail, multifamily and office markets in the following ways, and have explained what to look for through the rest of 2020.

The industrial sector, touted as one of the most resilient asset classes for the pandemic, showed its strength over the last few months.

Leasing activity hit a low in April, contracting to less than half of pre-pandemic levels, but since then has been steadily improving, and even hit a pre-pandemic trend level with 900 leases signed in first week of June, said Abby Corbett, managing director and senior economist in CoStar’s Chicago office, in a new video on the state of the U.S. industrial market. There were 7,000 leases signed in the second quarter, which is about 72% of what was seen during the same period last year.

“E-commerce-fueled demand for distribution and fulfillment space continued to support demand for industrial space even in the most uncertain and volatile of quarters,” Corbett said. “Businesses have grown more comfortable assessing medium-and long-term demand and in making industrial space commitments. Robust requirements for distribution, fulfillment, cold storage and data center space is expected to fuel demand as the economy progresses through the post-COVID recovery.”

As online shopping has intensified and become a necessity of the pandemic due to many brick-and-mortar closures, real estate services firm JLL is predicting the industry’s industrial space will explode by 1 billion square feet between now and 2025.

One clear trend in leasing activity, in particular, that has emerged over the past few months is demand for smaller, last mile fulfillment centers located near dense urban areas.

Almost two-thirds (60%) of the latest industrial leases involve smaller warehouses with less than 200,000 square feet used by health and medical companies, light manufacturers and e-commerce companies, according to CoStar. Leasing activity for space of this size, though, has declined slightly this year because of economic pressure on small businesses in the pandemic, Corbett notes.

Seattle giant Amazon asserted itself as the most active company to take warehouse space since the coronavirus pandemic began and is one of the largest occupiers of smaller warehouse buildings with more than 80% of its deals last year for small- and medium-size buildings, Corbett said. Still, the company only accounts for 10% of warehouse leasing in the second quarter.

Big box retailers like Target and Walmart are expanding footprints as e-commerce grows during the pandemic and buying smaller, last mile fulfillment centers in order to compete with Amazon and meet the changing needs of their consumers.

The increase in warehouse demand helped offset a pullback by manufacturers, retailers and other firms forced to close or hand back space to landlords, said Corbett. Vacancies have risen a little, however, coming in at 5.5% for the quarter, up from 5.3% during the same time a year earlier. That, combined with landlord and tenant uncertainty and the downshift in demand, ended a five-year run of solid rent growth, which decreased to 3.8% in the quarter from 5% in the first three months of the year, reports CoStar.

Investment sales also slowed in the quarter because of the pandemic, with sales falling to just more than $13 billion, its lowest level since 2014.

The outlook for industrial space is bright. Net absorption in the second quarter was in line with that of the first quarter of 2019, and CoStar’s base case forecast (in which job losses total 23.8 million) expects just one quarter of negative net absorption totaling less than 20 million square feet, likely from retailers giving back space in a tough economic climate.

Retail was certainly hit hardest by the pandemic, as shops, restaurants and more were forced to close.

The overall unemployment rate declined to 11.1% in June after reaching 14.7% in April — the highest rate since 1940, according to data from CoStar Market Analytics managing directors and senior economists Galina Alexeenko and Christine Cooper. So far, 7.5 million jobs were recovered as states began their phased reopening plans, mostly in hospitality and retail, but a surge in cases in California, Florida, Arizona, and other states have forced many governments to shut down bars, restaurants, and retail shops once more.

“Leasing activity has improved since hitting a trough mid-April during the height of the pandemic, but activity remains at half of the pre-pandemic trend. Still more than 2,600 leases were signed in June, giving the second quarter a total of 6,700, most of which have move-in dates next year,” said Corbett in a quarterly state of the retail market report.

Necessity-based retailers such as grocers and auto body shops have fared better than most throughout the recession, and net lease assets have proved to be a stable pick for investors.

Discount retailers Dollar General, At Home and Ollie’s Bargain Outlet were among the most active lessees throughout the second quarter. Apparel, department stores, experiential retail, and restaurants are expected to be tenant types most hurt by pandemic while malls, strip centers, and outlet centers will feel the brunt of pending vacancy, she added.

Bankruptcies and store rationalizations of space footprints will translate into more negative net absorption in the months to come. National retail vacancy is hovering around 5%, and in CoStar’s base case scenario, 84 million square feet will go dark in 2020, causing vacancy to rise to 5.6%. However, this is still well below the peak 7.3% rate seen during the global financial crisis.

Rent growth has also declined, registering below 2% for the first time since 2013. A challenging landscape of closures and space givebacks will likely equal a rent loss of 12%, according to CoStar projections.

As working from home becomes the “new norm” for longer than most renters initially thought, the apartment market is seeing a fundamental shift to the suburbs. As things stand now, many renters are no longer seeing the benefit of living in high-priced central districts fueled by the promise of a live-work-play lifestyle. Working from home has made living in proximity to office and transit irrelevant for now, said John Affleck, vice president of CoStar Market Analytics in the latest state of the U.S. multifamily market report.

As a result, less expensive suburban apartment products are in high demand. According to CoStar data, suburban apartment rents have nearly recovered to the March peak, while those in downtown central business districts continue to decline and are now 3% below peak rates. The markets posting the largest rent gains since the March peak are all suburban markets including Richmond and Norfolk in Virginia, California’s Inland Empire, Detroit, and Memphis, Tennessee, in the top five. With the exception of the Inland Empire where rents are about $1,000 less than those in Los Angeles, all of these markets offer rents below $1,000.

As Affleck notes, renters are trading small, high-priced apartments in the city for suburban ones where they can not only pay less in rent, but get more space while doing it.

For example, California’s “San Jose and San Francisco are the two most expensive rental markets in the county, and tech workers have paid up to be near their offices in Silicon Valley and downtown San Francisco,” Affleck said. “But with working from home continuing indefinitely in these markets, many renters are questioning the wisdom of paying $3,000 per month, when East Bay rents average about $500 less — and renting in Sacramento could save as much as $1,000,” he said.

Vacancies are also on the rise for multifamily properties — 40% of properties surveyed by CoStar in June reported a higher vacancy rate, an increase from June averages of the past three years. The urban-suburban divide can be seen here too. Half of downtown properties reported higher vacancies, up significantly from prior years, while only 35% of suburban properties did, which is in line with the average rate.

The nation’s office market is experiencing a “great pause, but not a complete halt,” according to Michael Roessle, CoStar’s director of U.S. office analytics. On the bright side, both leasing and investment deals are still getting done even if at a slower pace.

Office sales have slowed, with investment dropping to $11 billion in the second quarter, the lowest for a single quarter since the Great Recession recovery in early 2010, according CoStar’s analysis.

“Several factors are negatively impacting investment, including travel restrictions limiting the ability of investment committees to actually see the asset, uncertainty on the part of lenders regarding how to underwrite a deal in this climate and a pricing disconnect between buyers hoping for a steep discount and sellers holding on to pre-pandemic price levels,” Roessle said in his latest video.

“Expensive coastal gateway markets such as New York, Washington, D.C., Los Angeles and Seattle are seeing some of the steepest pullbacks, though you can argue that the fact these markets are seeing measurable investment activity at all is in and of itself an achievement,” he added.

Office leasing is seeing a similar trend, remaining muted for much of the second quarter. Likely, this is a result of uncertainty over how long companies will have to work remotely, plus a lack of clarity around how office design and spacing needs will change moving forward.

Anecdotally, Roessle said landlords are accommodating tenants with expiring leases by offering short term, 3- to 6-month extensions while they figure out their needs.

Leasing activity is being led by large tech firms such as Microsoft, Amazon and TikTok, which have all signed on at large properties. However, those giants’ deals have not been able to offset struggling industries, primarily coworking, notes Roessle.

Initially, the office market entered this downturn with record low vacancy and positive absorption. Absorption is now negative for the first time in a decade, pushing the vacancy rate above 10%, though still slightly below that seen during the Great Recession. Over the last several years, developers had mostly stopped building spec offices anyway, so Roessle said it’s unlikely that a flood of supply and uncommitted space will cause a spike in vacancies.

“Developers tend to play a long game, believing this crisis will pass well before any new construction starts and delivers,” said Roessle.

Asking rent growth is decelerating as vacancies start to rise, but still remains positive to end the quarter. Office asking rents are generally stable even in economic downturns, though Roessle thinks this may be masking concessions as tenants are wary of making long term commitments in this environment. 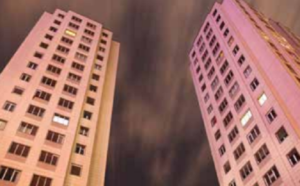 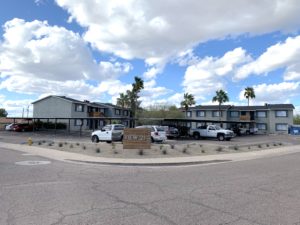 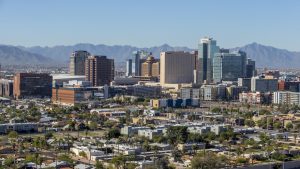