The National Multifamily Housing Council (NMHC) Rent Payment Tracker data recently revealed some encouraging news about the COVID-19 pandemic’s effect on the nation’s tenants being able to meet their financial obligations. Final figures from April show that 94.6% of 11.4 million surveyed units paid their rent. The rate last year during non-COVID times was 94.7%. For the first week of May, the rate for full or partial payment was 80.2%. As a comparison, the 2019 number was 81.7%. The numbers are being hailed as good news, so far.

“Despite the fact that over 20 million people lost their jobs in April, for the second month in a row, we are seeing evidence that apartment renters who can pay rent are stepping up and doing so,” said Doug Bibby, NMHC president. “We expect May to largely mirror April, when the payment rate increased throughout the month as financial assistance worked its way to people’s bank accounts.”

The optimism was echoed by many on a recent panel discussion distributed via a webinar produced by the NMHC. “By and large, these are pretty good national numbers,” said Jeffrey Adler, vice president at Yardi Matrix. Adler gave the credit to the tenants combined with outreach efforts by the industry to be proactive and empathetic. He cited unemployment checks and stimulus money that probably accounted for a late-month rally to get things caught up. He also indicated that partial payments are not a huge factor at this point.

Gables Residential is also logging strong numbers considering the state of the economy. “We’re really pleased with the way the renters are meeting their obligation.” said CEO Susan Ansel. “They have clearly prioritized making rental payments even though we know a number of residents in the country have been impacted by COVID-19.”

Brian Zrimsek, industry principal at MRI Software, discussed how the virus has caused upheaval for tenants but also for staff at multifamily communities who are trying to deal with a fluid and potentially dangerous work environment. He believes the tenants recorded for the survey may not have been impacted with unemployment yet or they are “using the stimulus money for the right thing.”

Bradley Cribbins, president and CEO of Alliance Residential Co.’s management division, crunched some numbers from social media data sources and decided to adjust his firm’s communication approach from one based on encouraging compliance to “communicating with some empathy and ‘how do we be helpful?’” messages. Alliane set up a direct hotline for tenants with concerns about paying rent. Ansel agreed with the proactive and empathetic approach. She also reported fielding lots of requests for information about payment options.

Cribbins revealed that his company has had 8,000 requests for rent deferrals in his portfolio, but 1,800 canceled and another 700 to 800 ended up paying in full, resulting in 5,500 that are still being worked through. Ansel added she is seeing less than 2% of her tenants needing extra time.

Alliance has also instituted a “Stay With Us” leasing program that gives renters approaching the end of a lease an additional six months with no increase in rent to convince them to stay. They have also put “Pay It Forward” plans in place that offer discounts for paying rent on time. First responders are honored with a policy of no fees.

Chase Harrington, COO and president of Entrata, said he sees lots of operators absorbing convenience fees usually charged for paying online and noted that in some areas of the country late fees have been temporarily suspended by law, which means ancillary revenue has gone down for owners and operators. His figures show rent rates remaining mostly stable.

Elizabeth Francisco, president and founder at ResMan, confirmed that revenue per unit being down is partially attributable to suspended fees. Her numbers indicate about $100 per unit in loss. She’s also looking for a jump in activity in the near future. “We expect leasing activity to pick up,” but the key factor will be how much as compared with years past, which have been used to baseline current, pre-pandemic budgets. “That’s where we have some anxiety,” she said.

The virus has affected different parts of the country in varying degrees, which is also showing up in the rent tracking data. Greg Willett, chief economist at RealPage, listed the problem markets as New York, Los Angeles, Las Vegas, and New Orleans. He’s also seeing red flags in Orlando, Fort Lauderdale, Seattle, San Francisco, Atlanta, and some of the suburbs around Washington, D.C. Ansel added she also sees some weakness in Florida due to a high level of service economy workers.

In terms of different building classes, the experts with Class C in their portfolios are seeing a slight drop in rent paying performance as compared with Class B and A, but not much. Other side issues getting some attention are short-term rentals, month-to-month levels, the curtailment of the busy spring leasing season, and a fall in rent growth. 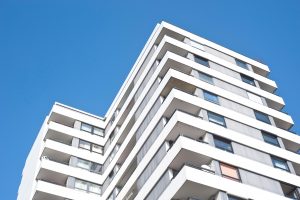 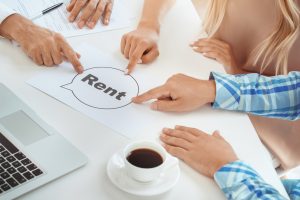 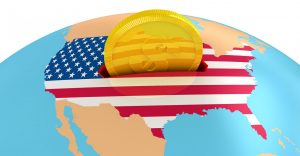 The Pathway Continues to Clear for Global CRE Investors 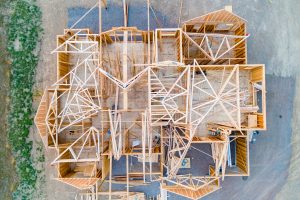