No Slowdown in Sight: Investors, Renters Remain on the Hunt for Multifamily Space

How busy has the multifamily sector been? Just ask Greg Coulter, managing member and founder of Income Property Organization in Bloomfield Hills, Michigan. He says that he’s never seen more activity in this sector.

“I’ve been doing this for 31 years. I’ve never seen anything like what we’ve had in this sector in the last 24 months,” Coulter said. “Cap rates are at all-time lows. Demand is high. Capital is out there everywhere you look. It’s been incredible in multifamily.”

And the best news? There are few signs that demand for multifamily space, both among renters looking for a place to live and investors searching for a safe harbor for their dollars, is ready to slow anytime soon.

Don’t expect, then, new sales and development of multifamily space to suddenly slowdown in the coming months.

The threat of rising interest rates?

This doesn’t mean that rising interest rates aren’t a concern. Coulter said that in the last 60 days, acquisition activity in the multifamily sector has tightened slightly. But still, demand for multifamily assets remains high among investors, even with the economic uncertainty now plaguing the country, Coulter said.

Coulter points to his hometown market of Detroit. In Detroit’s Midtown, Corktown and CBD areas, demand for multifamily space, both among renters and investors, continues to soar. Monthly apartment rents are still rising and cap rates remain low.

In the more tertiary markets of Detroit, though — those city neighborhoods located farther from the CBD and downtown — demand is slowing slightly. Coulter said delinquencies are higher in these areas, making multifamily properties here less desirable to investors.

But “less desirable” doesn’t mean “undesirable,” even in the city’s tertiary markets.

“The tertiary markets are seeing more multifamily properties up for sale,” Coulter said. “And these properties have more issues when it comes to delinquencies and collections. But still, the demand for these properties is there. It might not be as high as in the areas around the CBD, but people are still buying these properties.”

What’s behind the continued demand among investors and renters for multifamily space? Coulter points to interest rates first. Yes, rates have risen recently. And that does throw some uncertainty into even the strong multifamily sector.

“People always need a place to live,” Coulter said. “That still holds true. There is a lot of capital out there looking for a home. Investors still see the long-term prospects for multifamily as being solid.”

Because demand for apartment units has been so high for so long, it can prove challenging for renters to find units. The National Multifamily Housing Council says that the United States would need more than 4 million additional apartment units to meet the demand that consumers have for multifamily space.

And in most major markets across the United States, there is nowhere near enough apartment units to meet the demand for them.

“They are working on bringing new units to market, but you can only build so fast,” Coulter said.

In the Detroit market, builders are adding new apartment projects in communities such as Auburn Hills, Rochester Hills, Troy, Royal Oak, Novi and Westville. And in Detroit itself, developers are repositioning outdated industrial facilities, turning them into trendy multifamily spaces.

What does the future hold for the multifamily market, in Detroit and across the country? Coulter said that he expects demand for apartments to remain strong among both renters and investors. 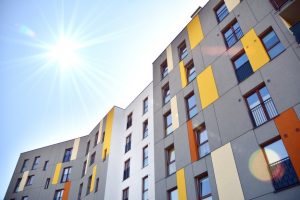 Finding the Silver Lining in Multifamily Amidst Today’s Challenges 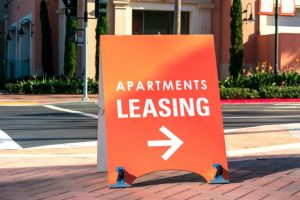 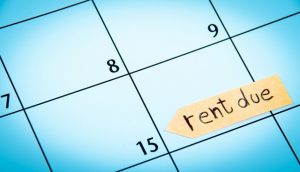 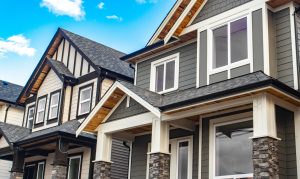