Maintaining a trend from recent years, the Phoenix metro climbed three spots to crack the top five on the Milken Institute’s prestigious 2022 Best-Performing Cities list, which ranks cities on a variety of metrics, including job creation, wage growth, and output growth.

Phoenix landed at No. 4 in the rankings, which the Santa Monica, California-based economic research nonprofit has produced since 1999. That’s part of a steady climb for Arizona’s capital, up from No. 7 in 2021 and No. 12 in 2020.

The institute’s report cited the Phoenix metro’s No. 16 ranking in job growth and No. 17 ranking in wage growth, as well as growth in its tech industry as key factors.

“The Valley of the Sun is becoming a major player in high-tech sectors as multiple companies have either expanded or relocated to the area in the past two years,” the report said. “Looking to capitalize on a business-friendly environment, expansive talent pool, and quality of life, companies such as Nikola Motor Co., Microsoft, Uber, DoubleDutch, and Gainsight have increased the size of their local footprint.”

“The Valley of the Sun is becoming a major player in high-tech sectors as multiple companies have either expanded or relocated to the area in the past two years,” the report said. “Looking to capitalize on a business-friendly environment, expansive talent pool, and quality of life, companies such as Nikola Motor Co., Microsoft, Uber, DoubleDutch, and Gainsight have increased the size of their local footprint.”

The Phoenix metro had the fourth-youngest median age in the country, behind Salt Lake City, Austin and Denver. The report also noted that Arizona State University, which has the nation’s largest engineering school, the University of Arizona, Northern Arizona University and Grand Canyon University contribute to the Valley’s labor pipeline.

On the less-positive side was housing affordability. The report pointed out that home prices jumped more than 30% in 2021 because of high demand — which itself in part reflects a fact noted in the report that high-tech jobs continue to shift away from coastal cities toward more affordable inland cities with thriving local economies.

“Our report shows how patterns of economic activity are growing and changing across the nation’s cities,” wrote Charlotte Kesteven, report author and senior policy analyst at Milken’s Center for Regional Economics. “Comparing their performance provides an essential starting point for policymakers and local leaders to better evaluate their economies and plan for future economic success.”

Even though that trend is real, the report said that much-touted notions of a pandemic-driven exodus from urban areas has been overstated when evidence from the U.S. Census Bureau is considered. Population declines in some of the largest cities could be attributed to a number of factors alongside some outmigration.

That said, Tucson was highlighted in the report as an example of a midsize city that has registered a notable growth rate thanks to domestic in-migration from other metro areas. Tucson ranked No. 38 on Milken’s 2022 list, up from No. 41 in 2021 and No. 77 in 2020.

Ahead of Phoenix in the index, in order, were Provo-Orem, Utah — which led the list last year as well — the Austin, Texas metro and Salt Lake City. The Palm Bay metro in Florida rounded out the top five.

The Milken Institute’s index is designed to help the public and private sectors evaluate and compare cities throughout the nation. It is particularly handy for Realtors, job recruiters and site selectors.

Job and wage growth receive the most weight in the index as signals of the quality of jobs being created and sustained, according to the report.

Four other categories center on high-tech measures to shed light on the concentration and diversity of technology industries within metros. Those involve GDP growth and location quotients — a gauge of industry concentration in a metro area relative to the national average.

Rounding out the index are measures of broadband availability and housing affordability as a way to reflect access to economic opportunity. Those two indicators were added to the index last year.

Here are the top 10 metros on the Milken Institute Ranking of Large U.S. Cities: 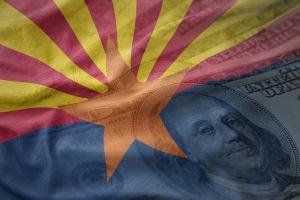 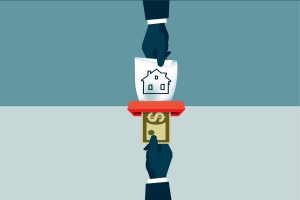 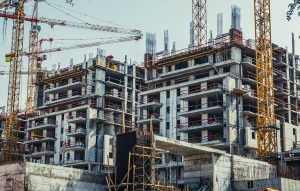 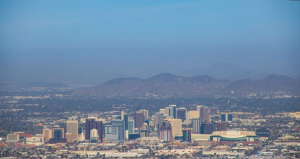