The Phoenix multifamily market is officially among the top in the nation. According to a new report from Commercial Search, the city is ranked sixth in the nation for multifamily sales over the last decade. The market has closed $42 billion in apartment investment sales since 2009. During that time, prices on multifamily increased 156%.

“Recent multifamily investment activity in Phoenix has been driven by the overall growth and success of the Arizona economy,” Chapin Bell, CEO of P.B. Bell and an expert on the Phoenix market, tells GlobeSt.com. “There are a number of large companies coming to Phoenix to expand their businesses which brings an influx of job opportunities to the city so more individuals are flocking to the area. As a result of this, we’ve seen an increased need for housing, especially in multifamily.”

Affordability is a key driver of growth, particularly in multifamily. Much of the inward population growth is driven by a more affordable quality of life. “We are seeing a lot of people moving here from states like California to get away from the high cost of living. Overall, the multifamily industry is experiencing so much success because it is riding on the coattails of the Arizona economy,” says Bell.

The pandemic has actually underscored the health and strength of the market, rebounding quickly following the initial onset. Today, the market has already seen a major bounce back in the job market. However, that isn’t to say that the pandemic had no impact. Bell says multifamily investment paused for 90 days last year. “Many industry leaders paused on current activity and waited to see what would happen next,” he says. “After those first 90 days, we saw that most industries remained open in the state of Arizona and construction continued which meant that growth would continue in Phoenix and the city would still be extremely desirable to multifamily investors. As an industry, we saw some job losses, but being an essential business, we were lucky to be able to sustain most positions and continue working.”

The strong local economic fundamentals are driving demand and population growth, but Phoenix also offers investors attractive yields. “On the investment side, we are seeing a lowering of cap rates in the market, which is beneficial for sellers. We have a lot of capital flowing to Arizona because there is an expectation of continued growth due to the strong economy,” says Bell.

If the recovery from the initial onset of the pandemic is any indication, Phoenix multifamily will continue to recover this year. “I think we can expect to see sales volumes continue at a strong pace, just as they did in 2020,” says Bell. “Despite the 90 day pause in the beginning of the pandemic, values have continued to go up and we can expect to continue to experience this in 2021, as well as a continued increase in investment sales due to the strength of the economy.” 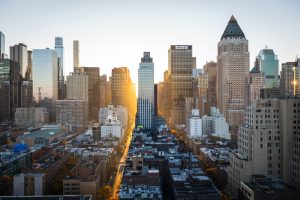 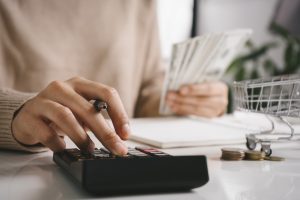