Student housing landlords are feeling the pinch of the pandemic as college students are reluctant to move back to campuses across the country and many universities are delaying the start of in-person classes.

College dorm food is getting replaced with mom’s cooking as 2 million more young Americans lived with parents and grandparents in August than a year earlier, an 11% gain, according to a report from residential data provider Zillow. Campus closings and rising unemployment because of COVID-19 are forcing more students to stay with family, leading landlords to trim rents and offer incentives. That’s led to slowing rent growth showing up in CoStar data and lower demand for at least one student housing real estate investment trust.

The pandemic is transforming both the supply and demand sides for student housing and the impacts vary by region, said Michael Buckley, university relations manager at Off Campus Partners of Apartments.com, which is owned by CoStar Group, the publisher of CoStar News.

“When you combine enhanced virtual learning options with the high cost of tuition and temporary limits to experiential learning on-campus, students are bound to evaluate their options closely in the short-term,” Buckley said in an email.

The pandemic pushed average rents down 0.5% year over year in August in 100 ZIP codes where college students make up at least 20% of the population, according to Zillow. More expensive urban areas are seeing sharper declines in rent decreases. For example, the average rent is down 7% year over year in Boston’s 02115 ZIP code that includes Northeastern University and where college students represent 60% of the population. Rents dropped 5% in the 94704 ZIP code in Berkeley, California, with about 70% of the population being college students, Zillow found. The gap between rents in college areas and non-college areas is as wide as it has been since at least 2017, according to Zillow.

Some of the schools with the biggest drops in student housing rent since June have a high concentration of international students, including several schools on the West Coast, as most new students from other countries stay home, said Buckley.

“Schools on the West Coast are going to have a much higher number of international students than a school in Oklahoma, for example,” Buckley added.

Rent growth was down 16% near the University of San Francisco and down 12.9% near Stanford University, where international students make up nearly 25% of the student population for the private research university in Stanford, California, according to College Factual, a college data analytics website.

While the supply of student housing been rising in the past five years, the pandemic is requiring even more space, Buckley said. Many universities are transforming a room that previously had multiple beds into single occupancy. That could constrict supply and motivate students to look for off-campus housing options, he noted. Without that supply constriction, the rents for student housing could have fallen even more, he said.

“There is a temporary downward pressure on total supply because universities aren’t able to accommodate as big of numbers. The temporary decrease in supply is sort of meeting the temporary demand drop from people not wanting to go back to school or new international students” not coming to campus, Buckley said. “That’s why the rents haven’t come down even further.”

Average rent growth in student housing multifamily markets was down 0.9% in September from June, according to CoStar data.

A university’s approach to offering in-person or online classes during the pandemic is also affecting student housing demand: The more courses are taught in person, the higher the demand for apartments. At Texas A&M University in College Station, Texas, the college with the largest student population tracked by CoStar, rent growth for student housing was up 1.9% compared to the same time last year as it expected about half its courses to be taught in-person.

At the same time, rent growth was down 4.4% at the University of Texas at Austin, which has the third-highest student population in the nation, as it expected about 75% of its courses to be taught online, 20% of courses to be hybrid classes of online and in-person and only 5% in-person. International students also make up a slightly greater share of students at UT Austin, with College Factual estimating about 10% of UT Austin’s population is made up of international students, compared to 8% at Texas A&M.

And at Ohio State University, the second biggest school by full-time enrollment, rent growth is up 3.3%. Ohio State has fully reopened its campus in Columbus, Ohio, with in-person classes limited to 50 people or less.

Students of color may be feeling the impacts of the recession more than others. Black, Asian and Pacific Islanders were more likely to move back in with parents compared to students of other races, according to Zillow, with almost 66% of Blacks ages 18-to25 living at home in August, up from 56.5% last year.

Demand for student housing also varied by age group among college students, at least for one of the nation’s largest owners and managers of luxury student housing properties.

However, occupancy was far lower in the REIT’s properties that primarily house freshmen students. Occupancy in apartment complexes primarily serving first-year students stood at 79.5% in September compared to 92.8% occupancy in properties that mostly house older pupils, according to American Campus Communities.

“As the commencement of fall classes drew near, we, our university partners and other universities noted slightly more apprehension among incoming first-year students. This group of students, who are leaving home for the first time to begin their college careers, have exhibited a higher degree of reluctance to relocate to campus while online instruction is prevalent,” said Bill Bayless, CEO of American Campus Communities, in a statement.

American Campus Communities still increased its rents by roughly 1% for the academic school year compared to the previous academic year when rents increased by 1.4%, according to its earnings report. 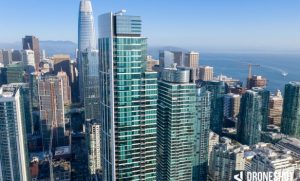 While Resilient, Multifamily is Not Immune to COVID-19 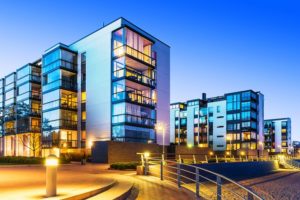 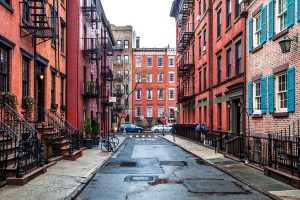 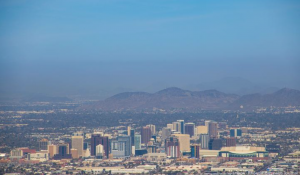