he multifamily market is beginning to perk up as the U.S. reopens and the pandemic wanes, but so far apartment rents have not been increasing at the same rate. Third-tier markets, generally smaller and less populous areas such as California’s Inland Empire, North Carolina’s Charlotte and Florida’s Fort Lauderdale, are seeing rent growth above pre-pandemic levels, even as apartment rent growth in the larger first- and second-tier markets continues to underperform.

This apartment rent outperformance in tier three is in large part led by strong demographic growth. Over the past few years, businesses have continued to be attracted to lower-cost areas, resulting in many tier-three markets enjoying strong employment growth.

As was the case before the pandemic, both tier-three and the midsize, tier-two markets are expected to continue outperforming with respect to employment growth.

Salt Lake City, a notable third-tier market, is where Facebook built a large data center operation in 2018 and where several other tech companies, including Adobe, Workday and Domo, occupy office space. Near Raleigh, North Carolina, Apple recently announced plans to open a new campus with 3,000 new jobs outside the state capital where business costs are low.

This job growth has resulted in an increased number of households as individuals and families look to take advantage of the lower cost of living and employment opportunities. During the pandemic, tier-three markets still averaged a 0.6% increase in households, according to Oxford Economics, outperforming markets in the first tier by 50 basis points.

In addition, the educational attainment rates and median household incomes for tier-three markets are on par with most second-tier markets. Moreover, tier-three markets have an average median household income of $72,000, $5,000 higher than the U.S. average, enabling markets in the third tier to offer many of the same labor pool and spending power advantages of markets in the second tier, relative to the entire U.S.

Some third-tier markets, including Sacramento and the Inland Empire in California, benefit from their location near larger markets while being more cost friendly, making them attractive destinations for both businesses and renters, especially as working from home remains a popular choice.

Other third-tier markets benefit from strong educational attainment levels, such as Raleigh and Minneapolis, where more than 30% of residents have a bachelor’s degree or higher. Also, businesses can expand into these markets at a discount while still attracting highly skilled workers.

Demand for multifamily space in third-tier markets has further benefited from the demographic growth, outperforming the rest of the country and proving to be resilient during the pandemic.

The previously noted strong employment growth and availability of a high-skilled labor force has helped multifamily demand outperform in tier-three markets. According to CoStar data, net absorption for multifamily space, or the difference between move-ins and move-outs, was 2.3% as a share of inventory from the first quarter of 2020 through the first quarter of 2021 across the third tier, outperforming the U.S. average by 60 basis points and indicating demand for apartments in these markets continues to outpace the national average.

Looking closer at tier-three markets, the Inland Empire in California, Tampa in Florida, Salt Lake City in Utah and Charlotte in North Carolina, in particular, held up well during the pandemic with respect to rent growth and demand.

Investor interest for multifamily properties, especially in third-tier markets, should continue to be high as businesses continue to expand in those locations, single-family housing prices continue to increase across the country and costs relative to larger markets remain low.

Additionally, average capitalization rates for apartment sales in third-tier markets are higher than tier-one markets by 45 basis points, showing that properties can be acquired at a discount, potentially increasing the return on investment and leaving more room for cap rate compression.

Due to higher relative demand and rent growth, higher capitalization rates and high educational attainment and income levels among residents, there are many reasons to be optimistic about multifamily investments in third-tier markets as the U.S. economy reopens. 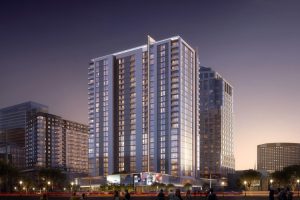 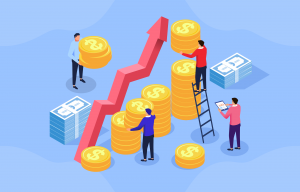 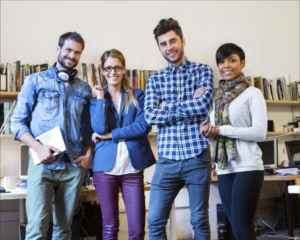 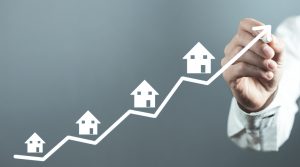