More multifamily investors are pouring capital into markets in the greater Sun Belt region at a record clip. Through the end of the first quarter of 2021, the Dallas-Fort Worth metroplex led the country in overall multifamily sales volume, followed by Atlanta and Phoenix.

Dallas-Fort Worth lead the country in multifamily investment in 2020, and that trend is carrying over so far in 2021. The market posted $2.7 billion in sales volume through the first quarter, up 30% compared to the average first quarter recorded from 2015 to 2019. The metroplex has served as a source of stability for owners in the past year; stabilized vacancy rates remain flat and rent growth is accelerating this spring. The local economy is steadily recovering, and investors remain keen to take advantage of the long-run economic and demographic drivers found in the market.

Investors are targeting recently stabilized assets in fast-growing suburbs and value-add opportunities found in more established neighborhoods. Through early 2021, Denton and East Dallas lead in the number of transactions, while the Farmers Branch-Carrollton area had the highest total confirmed sales volume.

After a record fourth quarter in 2020 with roughly $4 billion worth of deals, sales volume in Atlanta has remained strong through the first few months of 2021. Unlike in the fourth quarter, when sales were occurring in virtually every local market and deals involved all asset classes, transaction activity has shifted towards newly built assets in the region’s suburbs and exurbs.

All of Atlanta’s highest-value sales so far this year involved new properties, with some assets selling while still in lease-up. Investors are looking to take advantage of Atlanta’s recent suburban performance and are encouraged by strong net migration trends, the impending influx of corporate relocations and expansions and a slowing multifamily construction pipeline.

Phoenix ranked third in the nation for multifamily investment volume in the first quarter of 2021. Sales volume in the first three months of 2021 was nearly double the average first-quarter sales from 2015 to 2019. Investors have become increasingly bullish on Phoenix’s long-term demand drivers and relative affordability. Capitalization rates in Phoenix are about 50 basis points lower than Southern California markets. However, that margin has compressed over the past two years due to the intense buyer competition that has bolstered Phoenix apartment pricing. While investors haven’t completely shied away from more urban markets, they have avoided expensive high-rises in downtown Phoenix and have focused on affordable two- and three-star apartments. In contrast, newly delivered luxury apartment communities in the suburbs have garnered strong buyer interest, even those in lease-up.

Investors will continue to target Sun Belt markets with favorable job growth and migration trends that produce higher yields than gateway cities. Greater competition for multifamily assets, especially among well-capitalized out-of-state buyers, will support aggressive pricing in these markets, and capitalization rates, that is the rates of return on property investments, are expected to compress over the next year. 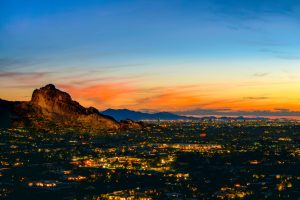 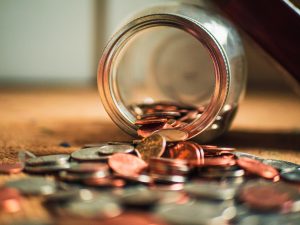