Compared to April, commercial real estate developers in May saw lesser impacts from the COVID-19 pandemic, although the improvements are slight and developers have come to believe their business interruptions will last longer than first thought.

Those findings were part of a survey from May 18 to 20 completed by 461 developers for the Commercial Real Estate Development Association, which uses the acronym NAIOP, which stands for the group’s former name, National Association for Industrial and Office Parks.

Even though 62% of respondents still say they’re seeing permitting or entitlement delays and 57% are still experiencing lower leasing activities, both of these metrics represent an improvement from the NAIOP survey conducted in April. There’s been a sharp decline developers saying they see delays or shortages in construction supplies: 31% said this in April, and only 19% experienced it in May.

“This may reflect a resumption in shipments of supplies from China,” said the survey report by Shawn Moura.

There was only one metric that got worse from April to May: The number of respondents who see delays in financing. Otherwise, coronavirus impacts on projects got slightly better for every metric that the survey measured–thing such as declines in leasing, delays from social distancing, government mandated halts on construction, and more.

Moura wrote in the report that these improvements “suggests that lending has begun to stabilize and that participants are more willing and able to price deals.”

However, the rates of respondents reporting no deal activity was high. It was just over 40% for industrial buildings and nearly 60% for multifamily.

Retail was even worse.

“Retail deals remained rare, with 85.6% of respondents reporting they had witnessed no deal activity in the last three weeks,” the report said.

Another sobering finding is that the developers now expect the business disruptions to last for longer than one year. There are still 55% who think the impacts will fade in less than a year, however, the rate of developers in the survey who think the pandemic disruptions will go on for more than a year grew from 36% in April, to 46% in May.

“This shift may signal that respondents expect the economic recovery to be more gradual than they did in April, or that they expect the coronavirus will remain a significant public health concern for longer,” said the report. 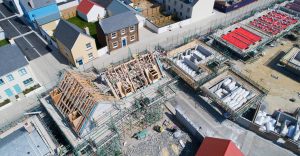 The High-Tech Experience: How to Secure Renters 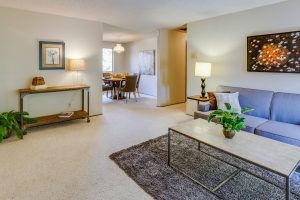